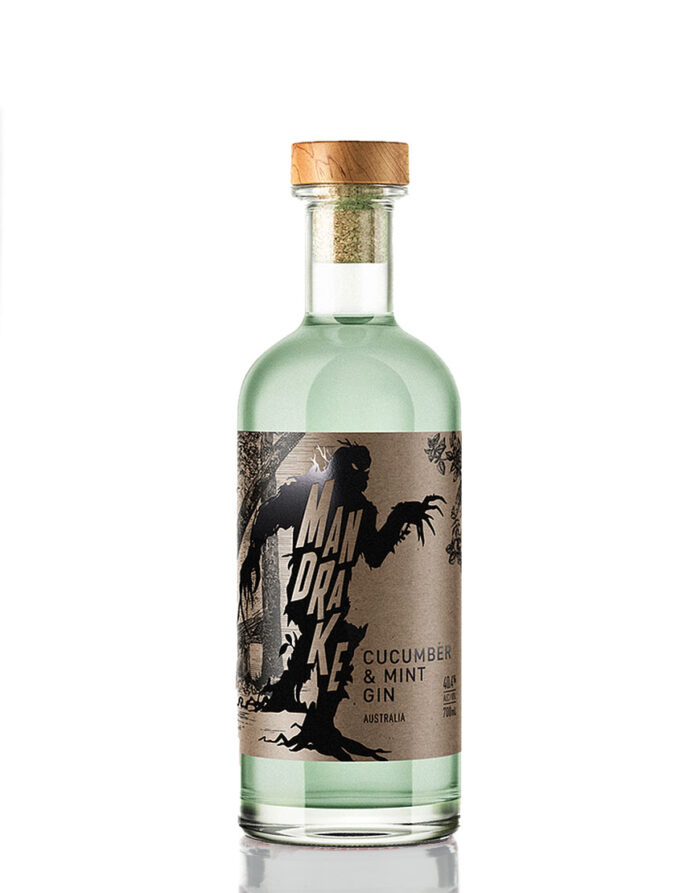 Step into the forest, if you dare, but beware of what waits under foot. The mandrake root, or ‘Mandragora Officiarum’, is a thing of danger and mischief.

As folklore would have it, the mandrake root screams when pulled from the ground, killing anyone unfortunate enough to hear its cries. When ingested, it is said to excite delirium and madness. But, hey, who believes in folklore?

The mandrake tale takes its cues from folklore and cinema. Harry Potter fans will be familiar with the repotting of the Mandrake seedlings scene in the Chamber of Secrets. The cries are not yet fatal, but capable of ‘knocking you out for a few hours’.

Taking inspiration from this tale, steeped in mystery and legend, our small batch Mandrake Cucumber & Mint Gin melds Albanian juniper with cucumber, mint, coriander seed and liquorice root. We have taken all the bad stuff out and left the good stuff in.

Born of the forest and distilled with a unique blend of botanicals, including a tiny non-lethal dose of mandrake root, the newest addition to our family of gins truly is to die for. Try if you dare!

Once upon a time, there lived a boy called Rory. When he was young, he loved to draw and paint and make things. When he grew up, he went to Art College, studied Film and got a job. After a few years of making second-rate commercials, he realised he wasn’t going to hit the big time in Hollywood, so he had a change of tack and moved into the world of wine and spirits.

Many years later, he had an idea to make some gin, a great love of his, and Nosferatu Distillery was born. With a little help from his friends, he created Nosferatu Blood Orange Gin, the first in a series of gins inspired by film and the arts.

Part two of our story begins with the birth of Mandrake Cucumber and Mint Gin, the younger, mischievous sibling of Nosferatu. Following in the cinematic footsteps of Nosferatu, Mandrake Cucumber and Mint Gin was inspired by the mythical Mandrake Root, which has been featured in folklore, legend, the Bible, Shakespeare’s Romeo & Juliet, and famously in J.K Rowling’s Harry Potter films & novels.

Part three of our tale is yet to be written. But rest assured, the next installment in our series will be sure to enchant all those who drink it.

Support Australian craft spirits and taste the Mandrake Cucumber and Mint Gin and the full range including the Nosferatu Blood Orange Gin.